Three candles already cover PAZ's birthday cake. We are happy to celebrate a new year in the life of the mission, which provides products to commercial, security and defense, scientific and calibration-validation users on a daily basis.

In addition to add years, our PAZ continues growing and this year two new operating modes have been added to its product catalogue: one with a wide-coverage (WideBeam ScanSAR or ScanSAR with 6 beams) and the other with a high-resolution (Staring Spotlight).

ScanSAR modes scan terrain during acquisition by switching between beams that illuminate contiguous, increasingly distant areas of terrain. The modification extends the observation capacity from the initial 150km to 270km by including two additional light beams in the operating mode, for a total of six.

Spotlight modes focus on the target terrain area and maintain focus throughout data acquisition by rotating the antenna illumination in the direction of platform movement.

Both upgrades require to change the way the instrument operates its antenna during data acquisition, so the modification process is extremely delicate.

Thanks to the versatile design of the PAZ instrument, which allows the modification of its configuration parameters by acting on configuration tables, it has been possible to carry out this update with the satellite in flight without the need to interrupt its operation.

The definition and generation of the new configuration is carried out by INTA's Space SAR Systems team, defining new beams of illumination both in elevation, for the Wide ScanSAR mode and in azimuth, for the Staring Spotlight mode and the processing parameters, adequate to guarantee the resolutions and coverage required. Once the definition of modes has been obtained according to the requirements sought, we take care of generating a global configuration that will include both the new modes and those already operational. This configuration is composed of a set of interrelated parameter files that must be propagated to the different subsystems of the mission to be used by the command tools of the instrument, the PAZ image generation processor, the calibration and validation tools and user services. 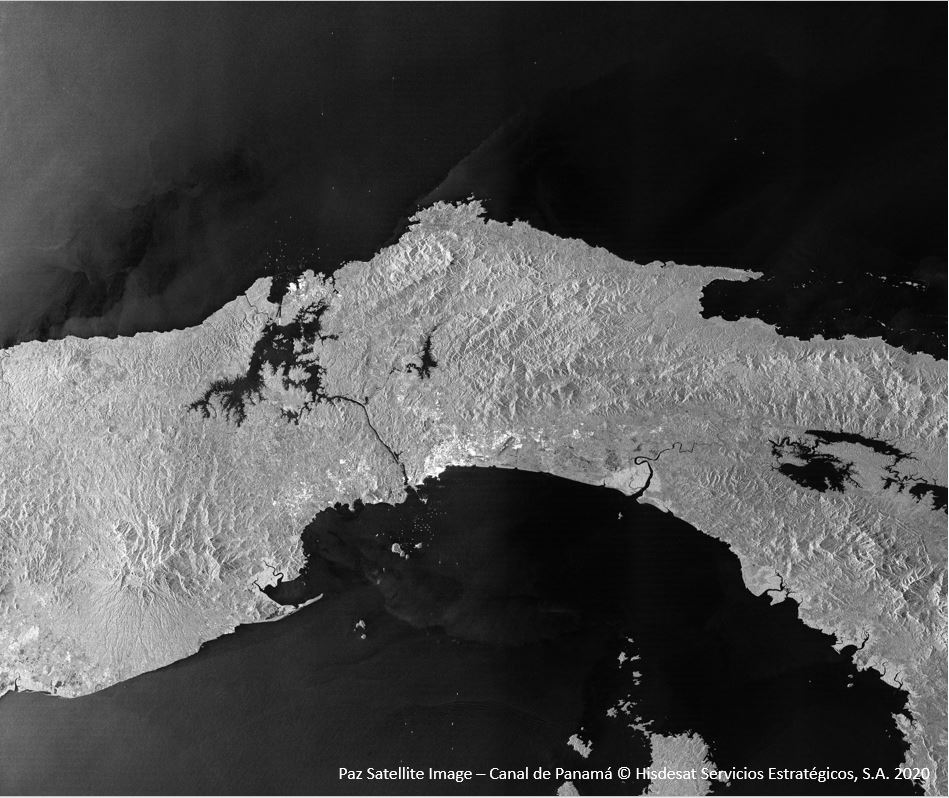 Once the new configuration was calculated and generated, a verification of the key points of the same was carried out before its distribution, including the verification of the new antenna patterns generated by INTA, the processing parameters, execution of regression tests, to ensure the correct operation of all the operating modes and verification of the instrument's safety, ensuring that the new excitation coefficients with which the instrument has to work to implement the new modes can be commanded and the expected patterns are consistent with the defined modes of operation.

Once tested on ground, the new configuration had to be uploaded to the satellite by the HISDESAT operations team.

To do this, we defined the procedure for uploading tables and possible contingency, establishing that it will be carried out during the first contact in the morning, data collection will be executed in the new and old image modes (in order to be able to analyze the correct command anyway) and download the satellite configuration table on the second pass in the morning, also with the aim of verifying its correct upload.

In this phase, we operated the new modes from our INTA expert commander and the raw data of the data takes was also processed manually with the already updated processor of INTA tools. Both the command and processing systems were updated by the DLR team to support the new modes.

This configuration update was successfully completed on April 28, 2020. It should be noted that in these months we were working from home, due to the health emergency caused by COVID-19, so the remote coordination of the team and their actions on the system were an added challenge.

Subsequently, INTA Calibration and Validation team began the campaign to characterize the new modes on April 5th, with the acquisition of data during 4 orbital cycles. These characterization tests required the design of specific acquisitions over the calibration fields of INTA in Madrid and Albacete, CONAE in Argentina and Geoscience in Australia, as well as the tropical forest areas in the Amazon and the equatorial Pacific. We will talk more about these tests in future posts!

In addition to the actions related to radar, in order to declare the new modes operational, it is necessary to carry out modifications in most of the subsystems of PAZ Ground Segment, from user services, mission planning, processing management, and archive and catalogue subsystems. These activities have required that the companies responsible for the development of the subsystems involved (INDRA, GMV and DEIMOS) update them according to the requirements established by INTA under a HISDESAT contract.

During 2020, the FAT and OSAT campaigns of the subsystems were carried out, with the operational activation of the new modes in the PAZ Ground Segment on December 22, 2020, just in time to celebrate Christmas!