When we publish this post there are less (6 hours) left before the MOSAiC expedition begins (Multidisciplinary drifting Observatory for the Study of Arctic Climate).

MOSAiC is the largest polar expedition in history: today, September 20, the German research icebreaker Polarstern will begin sailing from the Norwegian port of TromsØ, to drift trapped in the ice of the Arctic Ocean over the next year. It will reach practically the north pole, being the first expedition that is carried out during a whole year including therefore of the polar winter.

The objective of the MOSAiC expedition is to obtain the closest possible knowledge of the Arctic, as an epicenter of global warming and thus obtain from the source itself the fundamental information to understand global climate change.

The expedition involves hundreds of researchers from 19 countries, including Spain. In addition, the data obtained may be used by scientists from around the planet, taking the research to a new level.

From PAZ-Ciencia, we are very happy to contribute laterally to the mission. Within the First Announcement of Opportunity for scientific use of PAZ, one of the approved projects is directly related to MOSAiC. The project is led by the principal investigator (PI) Suman Singha, from the German space agency that under the title ‘Sea Ice Type retrieval using SAR during MOSAiC’ and its scientific objective is as follows:

In September 2019 the research icebreaker Polarstern will be frozen in the sea ice of the Arctic Ocean north of the Laptev Sea and drift for one complete year with the ice towards Fram Strait.Validation and development of satellite remote sensing methods are part of the program and the PI Suman Singha is strongly involved in the MOSAiC campaign as project member for remote sensing activities. Goals of this proposal is to obtain an improved understanding of the microwave radiative transfer and scattering in snow and sea ice, which will lead to improved remote sensing retrievals of, e.g., ice concentration, thickness, and snow properties from X-band SAR imagery.

To achieve these objectives, the field results obtained within the mission will be combined with PAZ images that we’ll acquire throughout the expedition covering the area where the icebreaker is located. For this, the PI will provide the PEACE-Science team with the coordinates in which the ship is located.

At the beginning of the project, we have made a PAZ acquisition over the port of TromsØ and another over an initial area of the route in the Arctic Ocean, to obtain information on the initial state of the marine environment including ice. 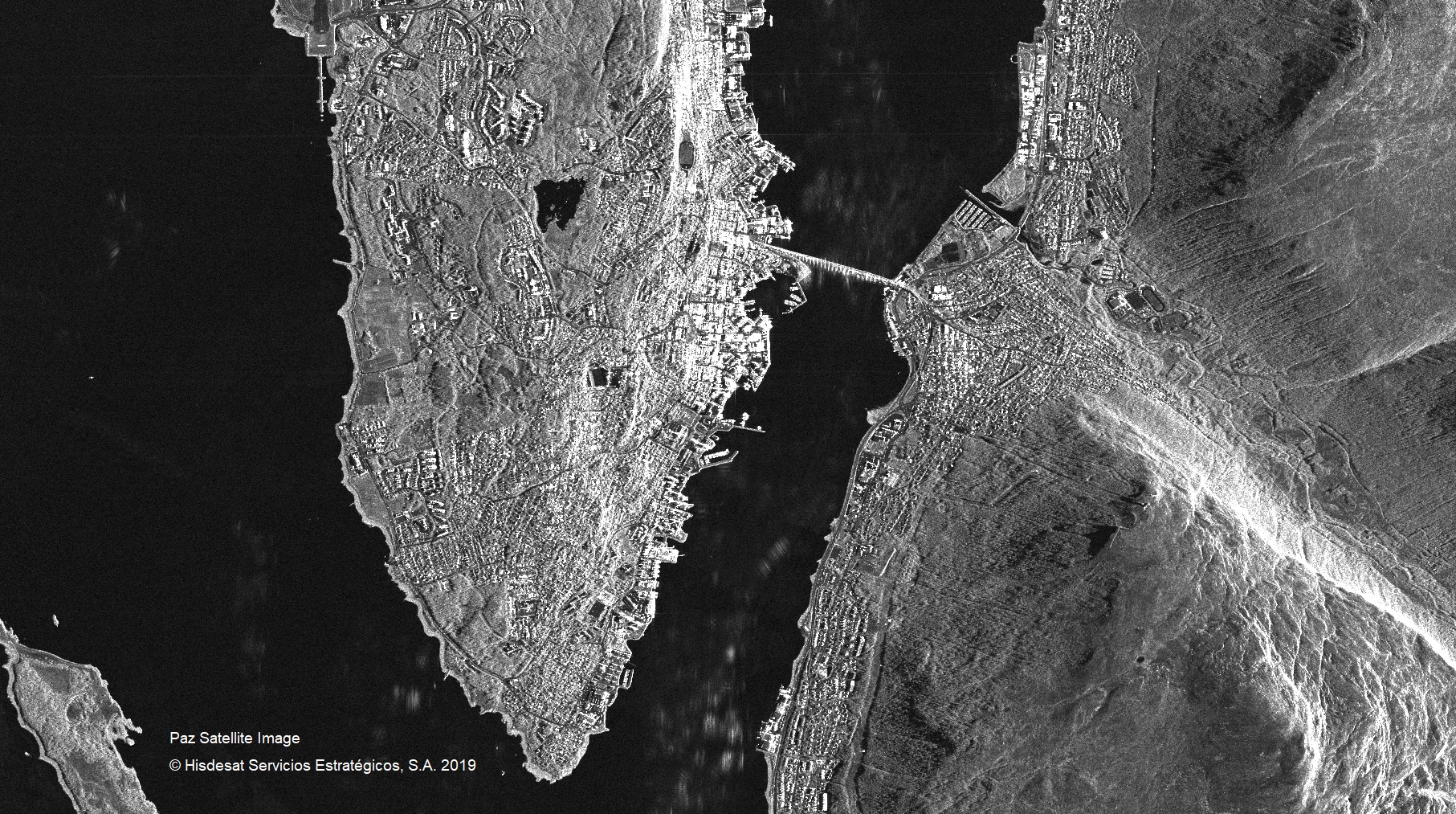 You can find more information about the expedition and follow it at https://www.mosaic-expedition.org/. In PAZ-Ciencia website we will publish the executive summary and progress reports of the project. http://www.inta.es/WEB/paz-ciencia/en/