INTA became aerospace while still being aeronautical. Thus, a new and important line of work with unmanned aircraft (UAV or, more recently, RPA, Remote Piloted Aircraft) was opened. In 1990 the directives of the Secretary of State of that time pushed INTA to focus on a few major programs. One of them would be SIVA (Integrated Air Surveillance System). 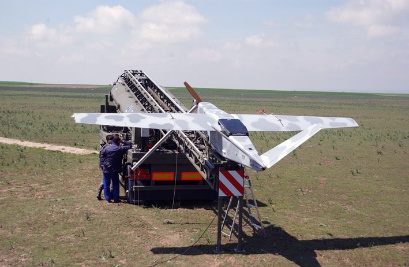 SIVA is a medium-sized unmanned aerial system developed as a trainer and a demonstrator of technologies, whose mission is to monitor at real-time, delivering video images (simultaneously in the visible and infrared bands) to a mission control station, where they are evaluated or relayed to an upper command center. This program would give rise to the entire development of the UAV (RPA) by INTA. In fact, the SIVA Project, besides to the unmanned tactical-type aircraft called this way, it had some additional projects in place, of which the ALO (Avión Ligero de Observación) and the Diana, conceived as a target drone low cost. Works on the ALO, in turn, generated another low-speed white aircraft, the ALBA (Avión Ligero Blanco Aéreo), used today by the Armed Forces at the El Arenosillo TestingCenter. 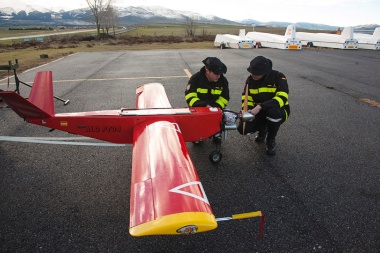 INTA has continued working in this field. Among the current programs are the AVIZOR, an improved version of the SIVA, and the MILANO, an all-weather observation aircraft of medium altitude and high autonomy, capable of operating without the need for a radio link in sight, via satellite, between the station Control and the air vehicle. The MILANO system is based on a larger air vehicle than the previous ones in order to be able to cover aspects of mission that go beyond the tactical ones. Thus, it is possible to be considered as a system "bridge" between the usual tactical and the strategic one, MALE type, which some consortiums develop for the international market. The MILANO aerial vehicle, with a service weight of 900 kg, will be able to perform missions of up to 20 hours autonomy with reach beyond the horizon (BLOS) and a set of payloads up to 150 kg. 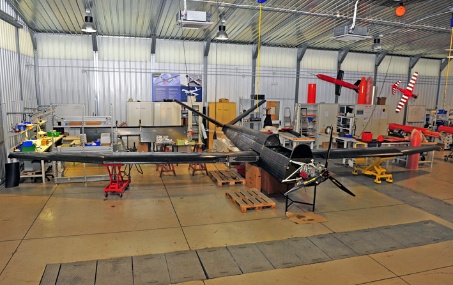 The advantages of these unmanned vehicles lie in the avoidance of dangers if the mission carried out is of a military, security or civil nature of risk, the possibility of carrying out missions as long as the material allows without depending on the physical resistance of the crew member, the flexibility of use with non-viable maneuvers with a human on board and the adaptation to long, repetitive, heavy patrol type missions or contaminated environments (missions called DDD Dirt, Dull, Dumb).