The first INTA satellite, which is the first Spanish satellite, was a milestone. It was a great challenge, which put Spain at the same technological level than any other European country. It was, as one of the people involved said, "making a satellite that would teach us how to make satellites". Of course, carrying out this great project was not easy; it took six years to launch it, from the initial studies which started at the end of 1968 to November 1974. Every aspect of the project was done from the very beginning: the form and size it would have, the subsystems it would contain... In August 1971, the project was approved by the Council of Ministers and the following month, the contracts signed by INTA with the different companies that were going to collaborate in the satellite manufacture were published in the BOE. The testing phase started then; tests were extremely rigorous. This work led to a great knowledge, and as a result, those who participated in the project became of great interest to the most important Spanish companies. As an example of this, due to INTASAT, electromagnetic compatibility tests were carried out in Spain for the first time. 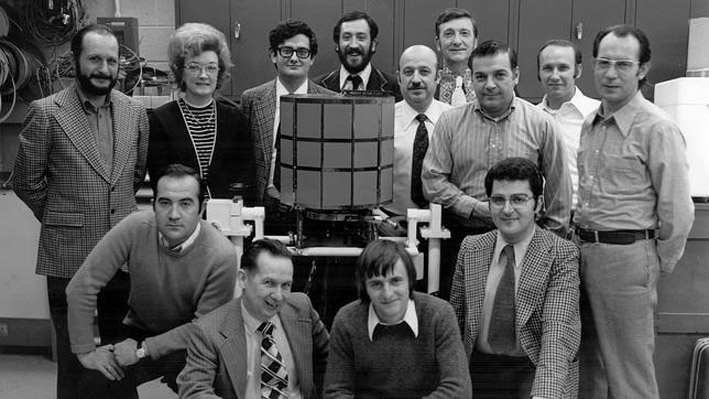 Part of the INTASAT team

Once the satellite was ready, a launcher was needed. NASA was asked for it, and this implied a new challenge, since the project had to be an interest for American technicians. NASA proposed to include some scientific experiments (measurement of the electron content in the ionosphere, study of the most modern electronic circuits’ behaviour under cosmic radiations), and this became INTASAT’s task. 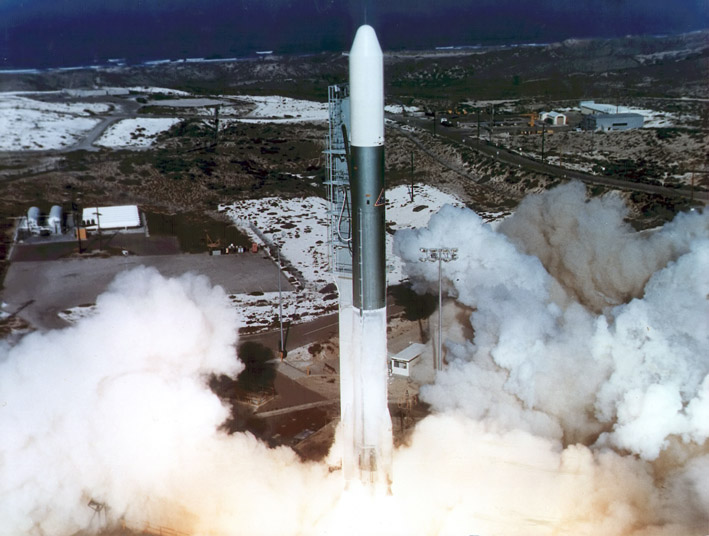 INTASAT space launch in November 1974, by a NASA Delta rocket from the Californian base of Vandenberg

The story of INTASAT has a very happy ending: everything worked as planned, and Spain became part of the exclusive club of the countries of space. However, this enormous collective effort did not have continuity. As another person involved in the project said, "everything went as planned; everything but the space program of our country".