In 1966, NASA asked the Spanish Government for a place from which meteorological rockets could be launched in order to study the wind and temperature variation in the first 100 km of altitude of the atmosphere. As a result of this request, INTA created the Experimentation Center located in El Arenosillo (Huelva). The results of the studies carried out in this center would be used to analyze wind dynamics at the 38th parallel, at which Cabo Cañaveral and the Kennedy Space Center, the launch site of the North American rockets, are found.

NASA ceded radar and meteorological equipment, as well as rocket ramps, and, once again, INTA personnel received adequate training at the agency's facilities. El Arenosillo became an International Rocket Launching Base for very diverse studies and in different atmospheric layers, with the presence of numerous research organisms, European and American preferentially. 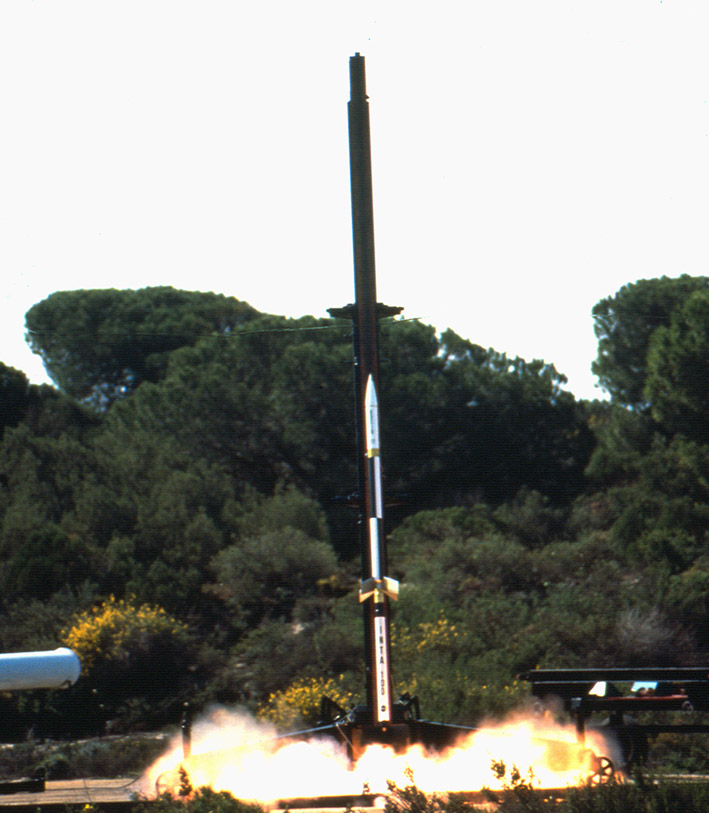 Launching of an INTA 300 rocket from El Arenosillo

A number of rocket prototypes developed at INTA were also launched, such as INTA 100, INTA 250 and INTA 300, activities that contributed to the training of numerous engineers who later became part of important satellite projects and companies associated with these investigations in National and international. In the 1980s, the satellite technology was closing the need for the use of the rocket and this activity was declining, until in 1994 El Arenosillo stopped operating as a sounding rocket base, although it is still active in other INTA programs and Ministry of Defense, mainly atmospheric studies and tests of unmanned aircraft (RPA), under the name of El Arenosillo Testing Center (CEDEA), under the Aeronautical Systems Subdirectorate of INTA.